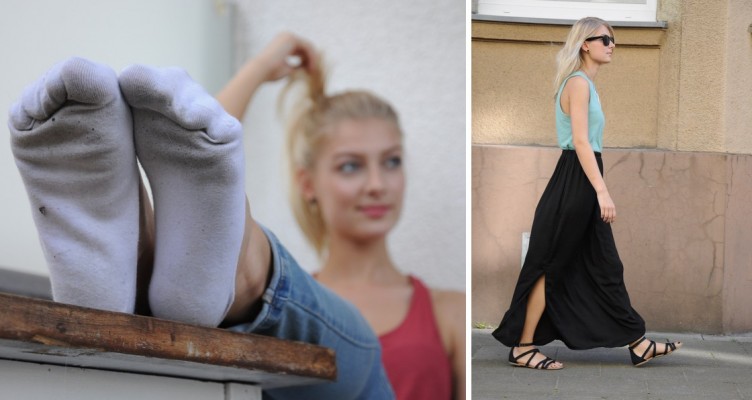 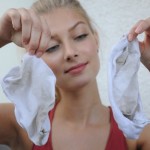 In this archive I put two series of Lana together. It is the balance act of a model-esque setup with strappy sandals and bare feet, plus a refreshing series with Vans sneakers and ped socks.

When Lana and I went outside, the sun was shining and it was very warm, so the series got the title “A Summer Girl”. There was no discussion that we wanted to do a barefoot shooting, so we walked around the streets of her hood.

Lana was wearing a long skirt with a sexy slit at the side. The skirt blew around her ankles when she was walking, so I tried to capture some of these moments. When we did a pause, Lana rubbed the sand off of her feet and walked barefoot over stones after that.

In the end I did some photos of Lana’s soles while lying on the ground. One of those pictures sticks to my wall since then, I like it so much

The second series is “Cooking The Other Way”. Lana was wearing her black Vans and dirty white ped socks. At first we took many photos on her balcony but after a while Lana wanted to have something to eat.

We changed places, went into her kitchen and Lana began to cook some noodles with spinach. I lied down on the floor as so often and photographed her bare feet while she was working at the oven. Love this position and I don’t need to eat then, the looks are enough to enjoy.

The whole package consists of 243 breathtaking photos with two series of a beautiful girl.