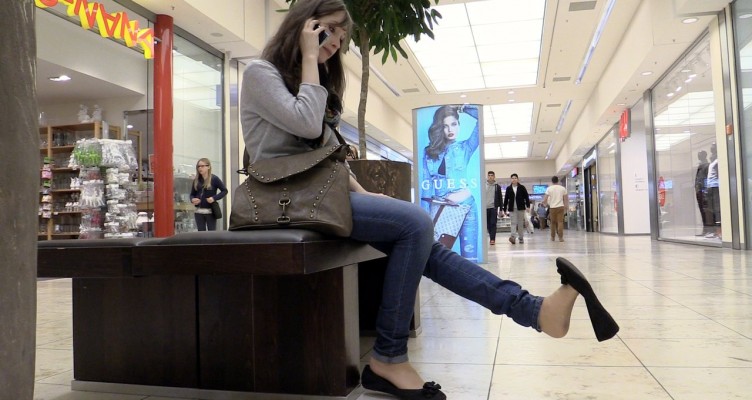 Here is the clip I promised for so long! New camera, new movie and a well known girl.

Meanwhile you know that I love doing things in public areas, so Jana and I went to a Colonian shopping center.

We were everywhere you can imagine: Apple Store, New Yorker, Tally Weijl, Deichmann and a few other smaller stores.

At the end Jana relaxed at a café and while she was drinking tea, she got surprised with a special situation. I won’t reveal anything, you’ll see it in the clip

Everything you could probably want is in the clip. Almost impossible viewing angles, shoe fittings and also scenes from two changing rooms.