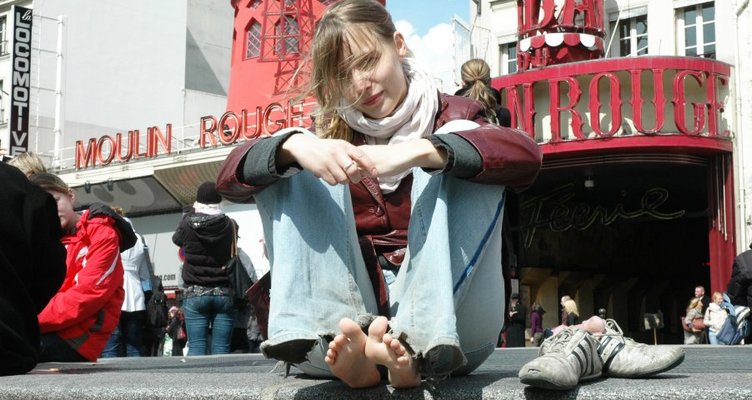 “This site is dead”, some of you have said. In some way they are right.

I think it is time to talk to you guys. This year was probably the worst for me regarding fussphantasie, but to be honest, the downfall started a little while ago. 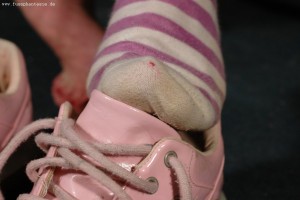 When I began photographing and filming, I was in a rush. All was very new for me, I was full of excitement and I managed to free myself from many years of silence, shame and fears. I learned, that loving feet can be a wonderful thing and I had a very strong social background with fantastic friends and neighbors. They helped me, we did some projects together and with every new model I got, I also had new ideas.

Three years I was in a relationship with Kathrin, the older ones of you will remember this. Kathrin and I had a very good time, we lived together, did many great photos and films but in the end we split up. We had to, there was no other choice.

Although I didn’t want to realize it, I had to see that Kathrin was one of the biggest influences for me regarding this website. Since then I never got my inner ease back. Sure, there came great models after that time, some of which are still active and are very good friends, but my attitude changed. I felt limited.

Let the years aside where my healthiness was at the lowest – a heart attack is nothing you want to deal with, I can tell you. There were so many months where I thought I wouldn’t survive for long. This made me depressive and I visited a hospital for mental health two times for several months.
Ok, last year I almost had a second heart attack, but I was early enough at the hospital. Lucky me. 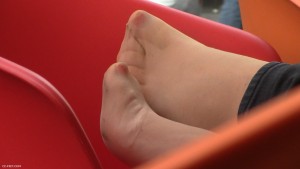 In 2014 I started cc-feet.com and some of my former happiness and ease began to grow again. I finally found something new which pushed me to my limits every day when I went out on the streets with my cameras.

Simultaneously I knew I had to change some things with fussphantasie, because the spirit was dead already. The mother ship started to sink and I was panicking and considering how to do a good change. In the years the habits of people have changed due to Facebook and Instagram and I wanted to do it right immediately.

Full of beliefs I transferred fussphantasie to its first iteration since the start. A new layout, new colors, new structure, new possibilities and new hopes for the future.

But now I’m sitting here and I must admit that I was wrong. Maybe not in every aspect, but the change to 2.0 wasn’t the start of a new life, it was a stagnation. Most of my energy went into cc-feet which still fulfills me in the depths of every cell, but also I needed to put much energy in things I never wanted to do.

I was confronted with credit card fraud, cheaters and thiefs. Then there were people who stalked some of my models so that they left fussphantasie. And in addition there was a guy who accused me of being a sexual threat.

In the beginning of 2018 I stopped publishing new films and photos, because I found out that more than 20 of my clips were released to p*rn sites for free. Plus, in this summer I was waiting almost every day for the cops knocking at my door because of this idiot who wanted to see me hang. 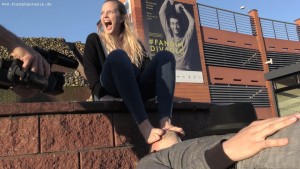 Now I can say, this is history. No need of fearing anymore that my hard drives will be confiscated, but I’m tired. Tired of the useless hunting for fraudsters, because they will win anyway. Although I changed the registration process for new customers, there was one “lucky” idiot 3 weeks ago who went through my filters and tried to checkout with 10 stolen credit card numbers. He was successful.

If my productions, for example the “Under Feet” projects, which cost much money and time to produce, appear at P*rnhub within 4 weeks after release, why should I do them then?

During this year I did some films and photo series, but I didn’t publish them here. I also stopped looking for new models. Because… yeah, read above. Why doing the work when it will be stolen and distributed instantly?

At this time I am at the point pondering if I should close this site, die a long slow death or start with 3.0 – and honestly I don’t even know how 3.0 really should look like. My initial ease and joy from 2005 is gone, but I have some new ideas – one of them will start here very soon, I’m looking forward to that.

But I’m quite sad about the “whole thing”, you know? I don’t want to fight against idiots. My life is too precious for that. This is one thing I learned from the heart attacks…